As the financial industry, government specifiers and corporate sustainability leaders continue to put the spotlight on Environmental Social and Governance (ESG) reporting and ratings, organizations that appear to score high are rewarded while those that don’t comply with the norms are shunned. Meanwhile, daily news continues to filter through mainstream channels about cracks in the ESG system. Case in point: a recent Bloomberg article highlighted a global company with an exceptional ESG score that acknowledged it had buried the fact that it is destroying forests and violating the rights of the indigenous people who live in the surrounding environs.

News of such greenwashing and cover-ups helps fuel a growing anti-deforestation movement, which continues to build momentum as thousands of hectares of global forest are destroyed in the name of “progress.” Meanwhile, the resulting impacts on biodiversity, watersheds, indigenous people, and climate change continue to escalate.

Sometimes, independent certification bodies (CBs) and auditors are caught up in such stories, tagged as co-conspirators in the global deforestation movement. This tactic may be colorful and “sticky” from a social media or news perspective, but is clearly off the mark.  Third-party certifiers, which must undergo stringent accreditation to ensure impartiality and professional competence, are actively part of the solution to prevent deforestation.  It makes little sense to attack the very organizations that are working to confirm responsible forest management practices that follow rigorous and established standards and procedures, including solicitation and consideration of multi-stakeholder perspectives and evidence.

The nexus of certification standards and stakeholders

Forest management certifications have been around for more than twenty-five years. Today, forest owners can choose to be certified to a wide range of responsible forest management standards from Forest Stewardship Council® (FSC®) (globally recognized) to national standards such as Sustainable Forestry Initiative® (SFI®) for North America and Responsible Wood for Australia and New Zealand – which are endorsed by the global organization Programme for the Endorsement of Forest Certification (PEFC). There are also a variety of standards focused on preventing deforestation not just in natural forests and plantations, but also in connection with agriculture, sprawl, and other land conversions. (See our blog article “The Role of Sustainability Certifications in Mitigating Deforestation,” November 17). In virtually all of these cases, stakeholders played a key role in creating these standards through a multi-stakeholder consensus process.

All of these standards include provisions to engage with a wide swath of external stakeholders who are interested in weighing in on these certifications, bringing complementary or differing viewpoints, and helping to keep the certification process credible and fair. Stakeholders include individuals and groups such as environmental organizations and local communities, landowners, government, etc. Invariably, tensions arise based on different points of view, and part of the certification body’s task during audits is to tease these issues apart based on the evidence presented.

What IS the role of certification bodies and auditors of forest management?

As a third-party auditing and certification body, our role is to audit and evaluate conformance to the particular certification system chosen by the organization seeking certification. We audit to that system’s requirements, frequently found in nationally adapted standards. While some requirements within a particular standard may carry more weight than others, we audit in the context of how each particular indicator is specified.

When our team sets out on an audit, we try to gather evidence for those requirements (also referred to as “indicators”) by including document review, field observation, and interviews with the organization’s staff, contractors and external stakeholders. Sometimes indicators do not specify what types of evidence are acceptable, so we rely on a combination of evidence types to evaluate conformance with a specific requirement. If an indicator is specifically written that it has to be “field verified” (for example, “best management practices are implemented in the field”), then we’re looking primarily at field-based evidence. In other cases, we’re not necessarily limited in the types of evidence we can use. For instance, we could look into factors that could affect that indicator, such as determining if the organization has a monitoring system in place to periodically review road systems. This allows us to detect areas that need attention, and that can inform the types of evidence we ultimately gather to evaluate conformance. Of particular importance, since a CB is only in the field for a short time, we need to gather multiple types of evidence. Then we triangulate that evidence so that it is not dependent on a single source to evaluate how that organization conforms to specific indicators within the standard.

To sum up, CBs are neutral third parties. We don’t have any vested interest or agenda regarding the forest or the environs per se. Whether the certificate holder is a private organization, a government entity or an NGO, that has no bearing on our role, which is simply auditing to a certification standard. Anything outside of that is not within our purview.

The first and most obvious response to this question is that we are required to undergo routine accreditations to perform our work, involving detailed documentation reviews, shadow audits, interviews and other checks on our system. Highly respected accreditation bodies, such as ANAB and ASI, ensure that our audits are completely above board and in line with the standards. This accountability safeguards the CBs from circumventing the standards by simply handing out baseless certificates or deviating from the standards, as such actions would be discovered by our own accreditation bodies, which could result in our own loss of auditing accreditation. As part of these checks and balances system within the industry, accreditation bodies will often do an actual forest management audit of their own with a CB observing the process to ensure adherence to the specific forest management standard and the certification system’s auditing guidelines. And while all CBs can make mistakes, internal Quality Control departments review every audit, and accreditation bodies will call a CB out on any discrepancies or issues they find. This provides a mechanism for continuous improvement and helps to safeguard the integrity of certifications within the forest management industry.

Like many of the other CBs, at SCS all our auditors not only have many years of education, and forest products industry and field auditing experience, but quite often local and regional expertise. But if the lead auditor doesn’t speak the local language or have regional experience, we’ll bring in an interpreter or local expert who understands the regional context and the language. Additionally, while bringing in experts is not necessarily a requirement of the standards, we usually do so if we have an issue with stakeholders who are contributing a lot of information that impacts the audit.

For example, land tenure in sub-Saharan Africa, southeast Asia, and Oceania is often difficult to determine and can impact conformance to a standard’s requirements. While we may initially meet with tribal chiefs or leaders and they’ll tell us that “we own from this side of the river to that rock,” this can generate conflict between tribes and even within tribal groups. If we’re getting a lot of comments about land tenure concerns, we might bring in an expert who has knowledge of these tribal agreements and how they determine who owns what and who has access to specific resources.

Bringing in experts is also common in countries where land is owned but people are allowed by law or customary right to water their livestock at a stream on that land. Depending on the situation and the region, CBs will bring in forest hydrologists for watershed issues, or sociologists, anthropologists, economists or other experts who can bring clarity to socioeconomic issues. So, while CBs and auditors have their own expertise, we rely from time to time on additional experts to ensure the integrity of the certification process.

Understanding the Role of Stakeholders

Sometimes, efforts are made to try to pit CBs against external stakeholders. While there can be disagreements at times, those tend to be the exception rather than the rule, as collaborative stakeholder engagement is built into the forest management standards. Generally speaking, stakeholder engagement is open to the public at large but often falls to well-organized stakeholder groups, such as NGOs focused on forest conservation and preservation issues. In addition, there are forest worker organizations, such as organized labor, logger associations and forest worker associations that advocate as part of the certification process.

Stakeholders are typically organized into three different groups – economic interests, social interests and environmental interests – all with subgroups. In some standards such as FSC, they are all weighed as equally valuable. One challenge as an auditor is that we might find an issue that is presented as an environmental issue, but by interviewing local stakeholders or observing damage, we discover that the root cause is social. For example, if people need a place to water their cattle, but there’s only one water source, that’s a socioeconomic reason for that environmental degradation that won’t necessarily be resolved by simply repairing the stream. The organization being certified will have to address the underlying social issue for a long-term solution as part of conformity to the standard. These are the types of things that come up through engagement with stakeholders. It’s also a good example of how multiple forms of evidence can be used to evaluate conformance; in this case, the audit team would use evidence from field observation and stakeholder consultation.

As auditors, CBs are not mediators – and that is a key point of confusion.  It is not our role to resolve conflicts between organizations seeking certification and stakeholders. Rather, our role is to focus on and clarify what is written in the standard and the findings of the audit as they apply to that standard. Where communications often start to fall apart is where one or both parties are throwing out logical fallacies, such as ad hominem and slippery slope arguments, or conjecture: if x happens then y will happen. The challenge for the auditor is to keep everyone focused on objective evidence and applying it to the certification standard. This becomes difficult when stakeholders or others direct their attacks on the auditors, CB or auditing process, rather than focusing on the issues. The organization and stakeholders must work out their differences. Granted, this can be challenging, but as auditors, we are confined to evaluating the evidence provided.

Keeping Everything Above Board

Sometimes a CB will be presented with blatantly false information. As a means of checks and balances, any stakeholder comment we receive needs to be verified against at least one other independent source. This level of fact-checking is similar to journalistic rigor. We look into a variety of sources, including contracts, licenses, field evidence, and others to validate or refute comments before issuing a certificate or, alternatively, a “non-conformity” (i.e., a determination that a specific requirement has not been met).

Finally, it is worth noting, and somewhat ironic, that the very organizations subjecting themselves to voluntary third-party assessment for conformance to industry-leading standards are the ones that often come under fire, while other organizations that purposely avoid independent scrutiny and continue blatant deforestation and other irresponsible forestry practices can escape notice.  For further insights on this topic, consider reading “Killing the Goose” by SCS Executive Vice President Emeritus Robert Hrubes.

If you enjoyed this article, be sure to SUBSCRIBE to be alerted whenever we publish new articles. 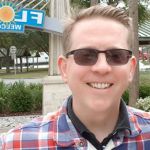 You are now being redirected to SCS Consulting, if you are not automatically redirected you can use the button below.

Due to accreditation requirements, SCS Consulting clients for management systems services may not be certified by SCS Global Services or its partners for a period of two years after consulting services have been provided.